Boutonnieres & Corsages: How to Wear These Wedding Florals 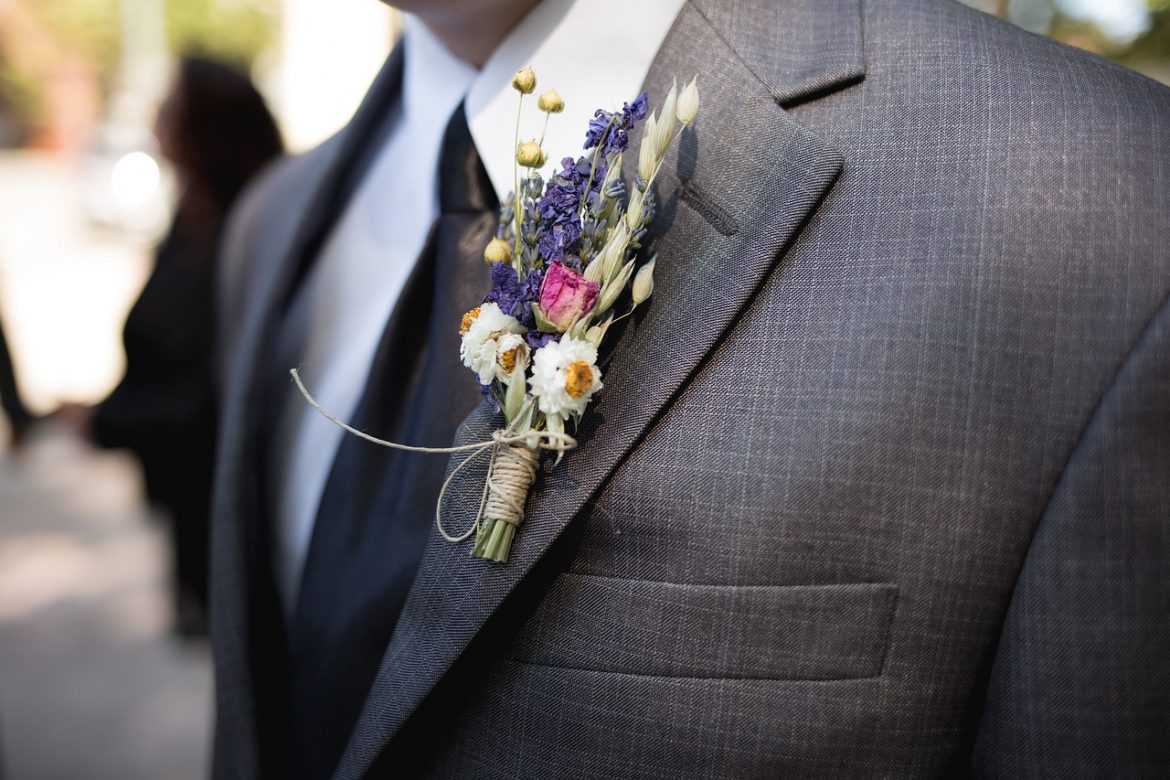 Boutonnieres and corsages are the finishing touches on wedding day ensembles. Both of these floral accessories made their debut in the 16th century in Greece, where they were originally use (along with the bride and bridesmaids’ bouquets) to ward off bad spirits.

Nowadays, it’s just a matter of tradition — and they provide a finishing touch on wedding wear. Read on how to learn more about boutonnieres and corsages!

Everything You Need to Know about Boutonnieres

What is a boutonniere?

Boutonnieres (also called buttonholes) consist of one or two focal flowers complemented by some greenery. A boutonniere is traditionally worn by men on the left lapel of the tuxedo or suit, because it’s above the heart. However, it may be worn on either side as long as the rest of the wedding party follows him.

Traditional boutonnieres consist of two or more flowers with greenery, filler (such as baby’s breath) and a ribbon. A simpler boutonniere would be one or two small flowers with a little greenery that’s fastened together with floral tape. Some grooms want to steer clear of flowers, and they’ll opt for a boutonniere designed from twigs and fiddlehead ferns, or herbs, or even one with the bloom made from metal.

There are many options when it comes to boutonniere styles. Whether you’re looking for a traditional, modern or simple look, you can get a boutonniere that’s perfect for you. Whatever style you choose, it’s important to pay attention to size. You don’t want the boutonniere to be so big that it looks out of place. Large boutonnieres can also fall off the lapel no matter how securely you pin them on.

Who wears a boutonniere?

All the important male figures in a wedding should wear a boutonniere to distinguish them from the rest of the guests. The groom and groomsmen should carry one as well as fathers, grandfathers, stepfathers, readers, ushers and the ring bearer. The groom’s boutonniere should be unique and different from his wedding party, and most of the time the flower used will be the same as the bride’s bouquet, but it should also compliment the rest of the grooms attire.

How do you put on a boutonniere?

Boutonnieres should be pinned on the left lapel of a man’s suit jacket. They’re worn on the left because

Should the boutonniere match the bridal bouquet?

It used to be standard that the the boutonniere and bridal bouquet match but many couples are not following that tradition anymore. They are using complimentary florals (perhaps in the same colors, but with variety and movement. Some couples are having the stems wrapped in ribbon; other couples are letting the green of the floral tape show through. It comes down to a matter of personal taste and choice.

How much does a boutonniere cost?

On average, boutonnieres cost $25 each. You’ll pay a fraction of that cost if you choose, however, to make your boutonnieres. With a wholesale flower order, you’ll have enough florals to make boutonnieres from every the groom, the groomsmen, dads, grandpas and then some! If you’re interested in DIY-ing your wedding boutonnieres, check out our wide selection of boutonniere packages.

Boutonnieres aren’t mandatory. But then again, neither are wedding flowers! It comes down to a matter of personal taste and choice. It’s your wedding! You can either follow tradition or make one of your own!

Everything You Need to Know About Corsages

What is a corsage?

A corsage is a small arrangement of flowers typically worn on a woman’s wrist or pinned to her clothing on the right side. Corsages are the female equivalent of a boutonniere, and are typically worn to formal events including weddings, prom and funerals.

A corsage is made of up of two or more focal flowers complimented by greenery and/or filler flowers. Corsages are usually made with hearty flowers which can withstand the weather conditions without wilting. Some of these long-lasting flowers include orchids, roses (both standard and spray), carnations, mini calla lily, daisies and poms. Corsages can also be dressed up with beading, ribbon and gems.

The word corsage was coined from a French term bouquet de corsage. It stands for a bouquet of the bodice. Today, corsages are still much the same as those worn in early ages, but are much smaller in size.

Who wears a corsage?

Corsages are given to the mothers of the bride and groom, grandmothers, and any other special female family member or friend such us: godmothers, female candle lighters, female ring bearers, and a female wedding coordinator. Sometimes even bridesmaids wear corsages in addition to (or instead of) carry a bouquet.

How much do corsages cost?

Wedding corsages can cost up to $45, depending on the flowers, size and style. If you make your own corsages, you can save about 75% less. With our flower packages, for example, you’ll have all the flowers you need to create dozens of boutonnieres and corsages!

How To Create Wedding Chair Flowers: A Step-by-Step DIY Guide 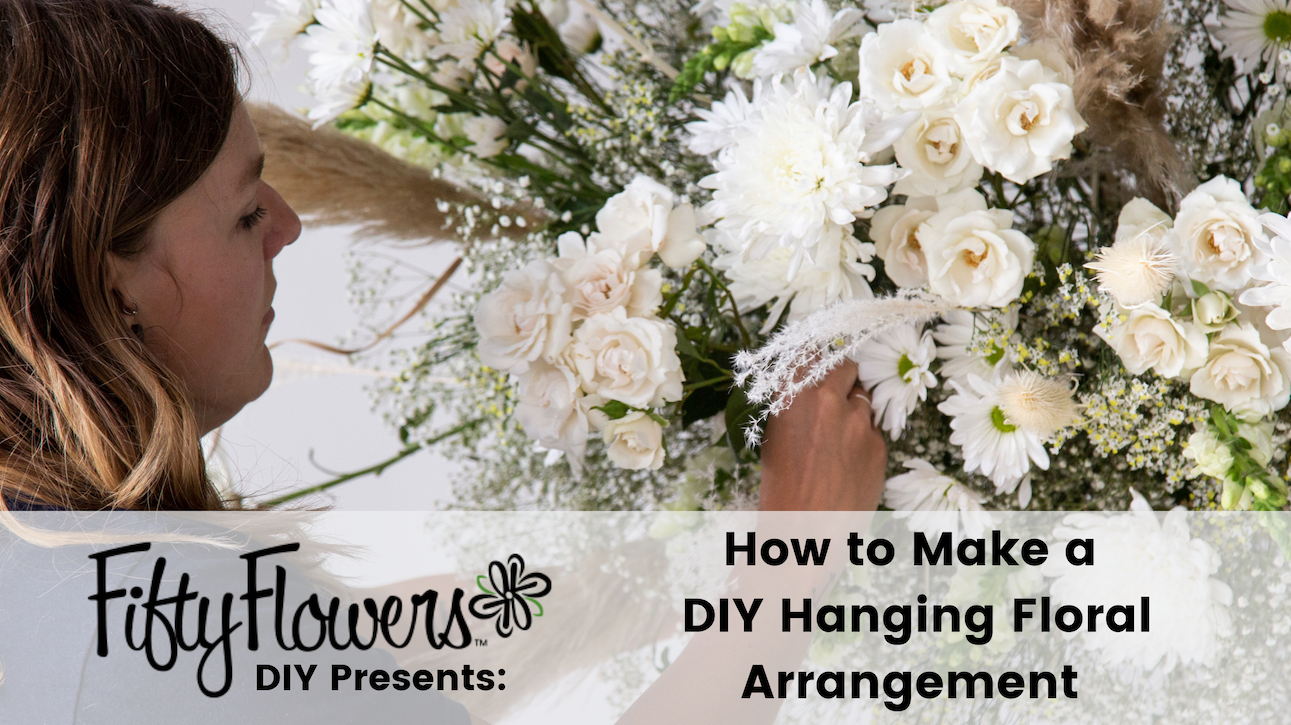